Very few, if any, authors look forward to writing the dreaded query letter. And honestly, who can blame them? After spending countless hours alone and staring at a computer screen crafting what will eventually become your novel, your baby, you have to condense all of that hard work into just 3-5 paragraphs. You have just ONE PAGE to get an editor interested enough in your novel to want to read it.  Just thinking about it is enough to give any author a headache. However, if you are reading this you can thank Agile Writers and David H. Morgan for making a tough task just a little bit easier.  David was graciousness enough to spend some time with members of Agile Writers, critiquing letters and giving some very informative advice on the ins and outs of writing a successful query.

FOCUS ON THE DRAMA 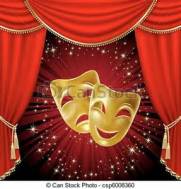 When an agent is reading a query letter the worst thing that can happen is that they get bored and toss it to the side. You only have a limited amount of time to gain the editor’s interest and in order to gain that interest you must do two things: focus on the drama and establish an emotional connection.

First, what is drama? Many are under the misconception that drama comes from the situation. Wrong. Drama comes from the character. Take two people being stuck an elevator for example. Not very dramatic right? Now let’s say this elevator is at a court house and the two people stuck in it is a father whose daughter has been murdered and the defendant accused of the crime. This situation is highly unlikely to come about, but the point is, the situation is made more dramatic because of the characters that are placed in it.

Alongside drama there must also be an emotional connection to the character. The editor must care about the character or else why would they want to read past the query letter? If there is no emotional involvement there is no character. The above situation for example, most people would feel sympathy for a father whose daughter had been murdered. And they would care enough to want to know how the story ends. Does the father find peace after confronting the defendant? Does he attack the defendant in the elevator? Or does he find out that the man accused is innocent? The editor would want to read more because they are emotionally invested into the situation.

Remember, without emotional involvement there is no drama and without drama there is no keeping the editor’s attention.

Before you can begin writing a query letter you need to research the agency and agent that you are going to send your query to. During your research you need to find out the following information:

DON’T TELL THE EDITOR WHAT HE OR SHE ALREADY KNOWS

SELL THE BOOK, NOT YOURSELF

One thing David Morgan said that really stood out was, “The editor do not have to like you but they do have to like your book.” The main purpose of a query letter is to SELL YOUR BOOK. You may want to point out every writing accomplishment you have to your name, but don’t. Include your writing career at the end of the letter. Remember we want to focus on the drama, your writing career is not drama. 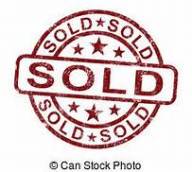 When writing a query letter remember to stay on topic. Do not begin writing about the novel and then jump to what your inspiration was or when you and that particular editor met. Start with introducing your novel and then continue to write about your novel. Anything else will give the editor the impression that you jump around and cannot stay on subject. They will assume that your novel will be like your query letter.

A FEW MORE TIPS FROM DAVID

When writing a query letter don’t be nervous, take a deep breath and remember that in the end agents need authors. You just have to get them interested.

Agile Writers has become the go-to place for writers in the Richmond area. Offering seminars in screenwriting, publishing, marketing, rewriting and much more. Nevertheless, majority of writers still join with one main goal in mind: to complete their first drafts. With that being said, Agile Writers would like to congratulate three of its own for crossing that first draft finish line.  A big round of applause to Cat Brennan, Jim Bono, and Christine Gauthier. They have spent countless hours immersed in their own heads trying to get the right words onto a blank page, chose to spend time with their fictional characters instead of with family and friends, and have outlined, plotted, and critiqued their way to the end.

These three are great examples of how the Agile Writers Critique Groups have transformed the usually solitary process of crafting a novel into a process that includes support from peers and brings the motivation, encouragement, and discipline that is needed to complete the first draft. All three give credit to Agile Writers and each other for their success.

Writer, Seamstress, and Recipient of the Grace of God.

Cat Brennan is one of those people that you cannot help but to like. With her bright and contagious personality it is no surprise that she once had her very own radio show entitled “Cathy D & Love Songs in the Night.” Currently Cat is working in Horticulture, described by her as getting to work with one of her favorite colors-green. Even better to Cat than working with a favorite color is being a Grammie and a GG. That for her, is the good life.

Chaos in Old Town tells the tale of lonely widow Abigail Jackson who decides to take a chance and open a fabric shop in Albuquerque, New Mexico. However, this decision comes with more than just the new life Abigail was hoping to find after the death of her cop husband. The opening of her shop brings about threats from the evil Vincente Quintana causing Abigail constant fear and wavering in her faith. But on the other hand, FBI agent, John Garrison also finds his way into her life. Although she has sworn to never be involved with an officer of the law again Abigail cannot help but be attracted to his blue eyed charm. Chaos in Old Town is a Christian Fiction Romance, with a heroine that is strong and full and faith. Which is why Abigail is Cat’s favorite character in the novel.

Cat joined Agile Writer’s a year and half ago so that she could gain discipline in her writing and in the end gained much more. She doesn’t hesitate to credit Agile Writer’s and her critique partners with having a huge part to do with her completion of her goal. Yes, she put in the work but without the inspiration and support from her “cheering section” as she calls her critique partners, or the coaching from Agile Writer leader Greg Smith she may not have finished.

“Villans make fabulous subjects, since they have fewer and wider boundaries than heroes.”

Guilt Trip, is Jim Bono’s second novel with Agile Writers. The 238 page science fiction follows protagonist Kristen Butler, whose life is changed when the high school senior finds an amulet with the power to inflict overwhelming feelings of guilt on whomever she chooses.  The concept for the story came from Jim asking himself the question, “how would an ordinary person deal with acquiring a super power?” Our heroine, Kristen, finds out the hard way that sometimes power comes with an awful price. For most writers, their protagonist is the favorite character. Jim is not most writers. Jim’s favorite character in his story is the parents of the main villain. It really is no surprise that these malignant pair of scoundrels are Jim’s favorite characters since he enjoys the unpredictability that are villains.

Like many a writer, the hardest part for Jim while writing his novel was putting the words on the first page each week. A blank screen can sometimes be a scary thing, but with a little motivation and a deadline to meet every week, Jim pushed through until he had finally reached The End. Jim credits Agile Writers with guiding him through his story with help developing his characters, building a plot structure, and ensuring critical points were positioned properly throughout the story.

The next step for Jim is to begin working on his second draft for Guilt Trip, with the help of his critique partners, Cat and Christine, whom he describes as indispensable. According to Jim, his partners provide him with motivation, creativity, logic, and the reassurance needed to complete what he started.

“I ultimately finished, ten pages at a time, to stand in the light at the end of the First Draft Tunnel…”

Hair Story chronicles a young woman, Christine, who at the prime of her life is diagnosed with Alopecia, a rare autoimmune disease. The tale follows Christine on a journey that would eventually lead her to India where she finds self-acceptance and learns that she is more than her disease. What is interesting about Christine’s novel is that it is based on true events from her own life. Christine not only has the courage to face alopecia but also has the courage to tell her story to the world.

Christine admits that the hardest parts of the novel to write came when writing about the bad that actually occurred in her life. Nevertheless, with the support and motivation from her critique partners she kept going and refused to give up because she knew that she had a story worth telling.